Borneo during the Malaysian Elections 2013 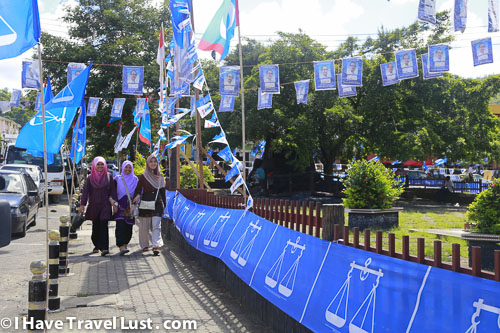 The results for the Malaysian Election was as expected as the incumbent won once again. The government has ruled since its independence almost 50 years ago.

Millions of dollars were spend on this election which was heatly contested. There were miles and miles of election posters and political party flags all over Borneo, even in very remote places, where political flags were plastered all along the roads.

The middle class locals were hugely critical of the incumbent and want more say in their island and its resources which has been exported out to the mainland of Malaysia.

“We want the government here to be Borneo first, the people here are extremely poor and there is much wide spread corruption. We want change in the government, it is time. ” – a friend told me while having dinner.

Sadly, this was not the case, the opposition parties cried afoul of election fraud,  of the massive rigging in the election results, from vote buying to getting non Malaysians to vote in the country’s election. 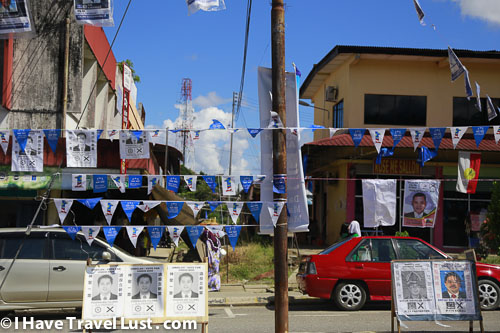 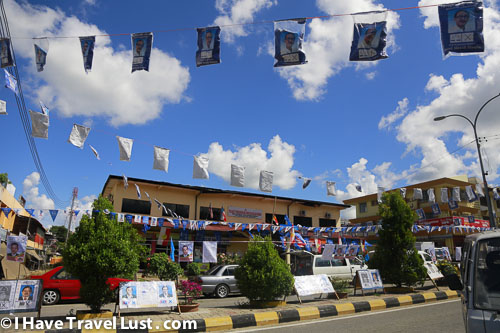 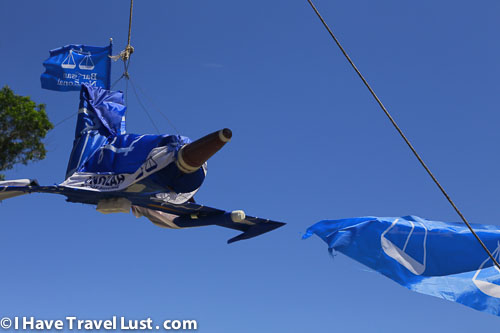 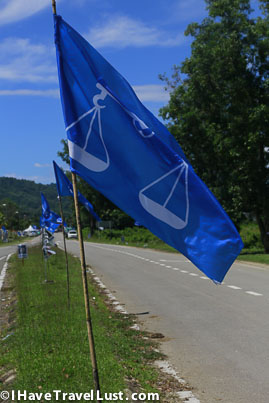 This entry was posted in Malaysia and tagged borneo, elections, malaysia. Bookmark the permalink.