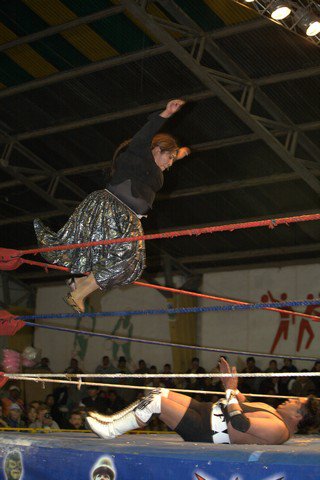 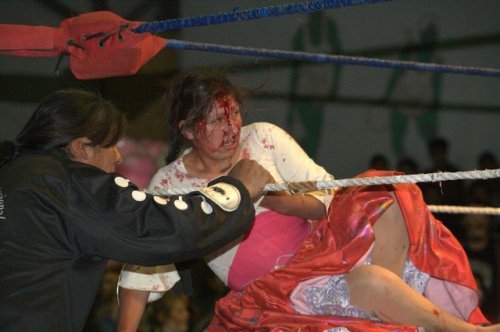 Even thought, the whole wrestling action look harmless and mostly play acting. The Cholitas, female wrestlers do get hurt. Her opponent smashed a gate post on her and she really bled real blood.

Self proclaimed win from the cholita wrestler :  The judge for the match was terribly biased towards the male opponent, despite throwing  the male fighter down several times, this Cholita wrestler officially lost due to extreme biasedness from the judge but that didn’t stop her from a self-proclaimed victory.