The secret to : Save money for buying air tickets 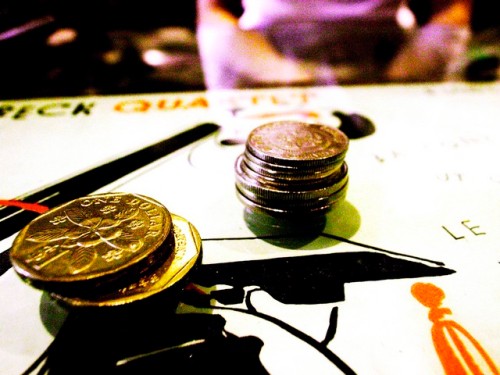 Here’s a recent discovery, Want to save some hard earned money to buy that much needed holiday but you really don’t know if you should book your air ticket earlier or later. Leaving it later, airticket prices might increase, booking earlier, you might have to change your dates should work decides to pile up on you.

So what should you do then?

Makoto Watanabe and Marc Möller are both economist, release their “Advance Purchase Discounts versus Clearance Sales” on the Economic Journal, August 2010. You can find their paper here at Moller’s site A part of their paper talks about holding off buying your much needed holiday ticket at least 8 weeks ahead and why airlines tend to raise their prices towards your travel date.

So does it work?

Uncanningly it does for me but it didn’t really happen on purpose. I held off paying for my return ticket for Indonesia West Papua to Singapore for some time and decided I had to pick a date and just book it.

You may think that paying the ticket 1-2 months earlier should save me a little bit of cash, but no, for some reason the airline decided to lower its fare instead of upping it. It might not be much, only sg$70 (us$50) less than what I would have paid, should I bought it a few months ago. But Hey a dollar saved is a dollar further travelled!

For curiousity sake, I counted the number of weeks and worked the formula backwards.

Guess what? It works out to be roughly 8 weeks before my departure date!

This entry was posted in Other, Papua New Guinea and tagged air ticket, travel photography. Bookmark the permalink.